post updated with information from Prof. Mosgoeller, see at the end…

Recently, telecompaper has informed that:

The Austrian parliament has commissioned a study into the health effects of 5G networks due to concerns among the public the new generation of mobile services could pose risks from increased radiation exposure.

The study is expected to be ready by January 2020, providing an overview of the latest research on the topic. The report will be published on the parliament’s website.”

At first, the reader of these news might be encouraged by seeing that the Austrian Parliament addresses concerns about the potential health risks of exposures to 5G-emitted radiation.

However, as always, the “devil is in the details”.

Reading description of this project, available on the website of the Institute of Technology Assessment of the Austrian Academy of Sciences, provides the proverbial “bucket of cold water”.

It appears that the “evaluation” will likely be nothing new but recap of the existing mantra:

“…In a first step, an inventory of current expert opinions of international aggregators such as the WHO and exemplary national committees will be compiled. These are presented in such a way that the respective areas of validity (which mobile communication generation etc.) are identified. In a second step, the corresponding meta-studies of these internationally recognized and scientifically high-ranking committees on the health consequences of EMF will be summarized taking into account different levels of evidence (verification, evidence, hypotheses, ambiguous findings, gaps in knowledge).…” 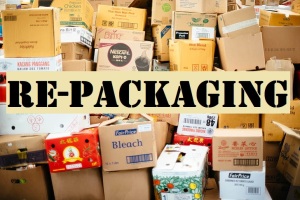 This means that the “new analysis” will just reanalyze what “WHO and exemplary national committees” already said. Interestingly, the description does not mention ICNIRP, the most powerful influencer that one would expect to be singled out as an “exemplary” committee. After all, the mentioned WHO is “the front” for the ICNIRP opinions.

In summary, it seems that the “Austrian Parliament’s enterprise” will be nothing new. No new analysis of the science on 5G radiation and health. Just re-packaging of the same old ICNIRP-mantra.

Update based on information from Prof. Mosgoeller

The overview of the project presented above indeed does not mention any specific organization besides the WHO. However, in the workpackages of the project, there is a more detailed description of what organizations are considered as “exemplary national committees” or “internationally recognized and scientifically high-ranking committees“. These include the same old “culprits”: ICNIRP, SCENIHR, BfS and the already defunct AGNIR.

Here is the translation from the project’s workpackage:

“In a first step, an inventory of (i) current opinions of international aggregators like the Scientific Committee on Emerging and Newly Identified Health Risks (SCENIHR) of the EU, the UN Health Organization WHO or the International Commission on Non-Ionizing Radiation Protection (ICN IRP); (ii) exemplary national opinions, such as of German Federal Office for Radiation Protection (BfS), the former Advisory Group on Non-Ionizing Radiation (AGNIR) of the UK Health Protection Agency or the Austrian Scientific Advisory Board Radio (WBF), created.”