UPDATE: Read also this Compilation of blog posts on incompetence and harm caused by Martin Pall 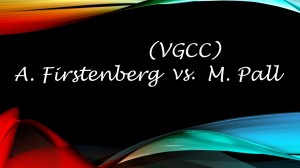 Arthur Firstenberg is the Administrator of the International Appeal Stop 5G on Earth and in the Space. Firstenberg’s CV is available here.

Martin Pall hypothesizes that electromagnetic fields (EMFs) act primarily via a highly sensitive effect on voltage gated calcium channels (VGCCs) located in the membranes of all cells. He published his theory in a 2013 paper titled “Electromagnetic fields act via activation of voltage-gated calcium channels to produce beneficial or adverse effects,” J. Cell. Mol. Med. Vol 17, No 8, 2013, pp. 958-965. In that paper and others Pall lists 28 studies that found that calcium channel blockers prevented a wide variety of biological effects caused by EMFs. He concluded that therefore the primary target of EMFs must be the calcium channels. I find his theory unconvincing.

Pall’s reasoning is faulty. Calcium is necessary for hundreds of physiological processes that are affected by EMFs. If you prevent calcium from coming into the cell by using a calcium channel blocker, you will stop all of those physiological processes and prevent the EMF effects. That does not tell you anything about the mechanism of action of EMFs. If EMFs act directly on any function that requires calcium, the calcium channel blocker will prevent it. If EMFs instead act on the calcium channel itself, the calcium channel blocker will also prevent it. There is no way to distinguish whether EMFs act directly on the end mechanism or on the supplier of calcium to the end mechanism. Pall points to the “instantaneous” action of EMFs (taking less than 5 seconds) found in one study (Pilla 2012). However Pilla’s study (See Study No. 25, below) also does not prove where the locus of action of the EMFs in that study is.

2. Critique of the 28 Specific Studies

Pall asserts that EMFs are biologically active at extremely low levels of exposure because VGCCs are exquisitely sensitive to EMFs. He asserts via various arguments that VGCCs are 7.2 million times more sensitive to EMFs than the aqueous parts of the cell. Only 1 of the 28 studies cited in his reviews was done at such minute levels of exposure, and none of the studies fully supports his hypothesis. A few of them contradict his hypothesis. Some of the studies required exposure to very high levels of EMFs for long periods of time to produce the effects found. I review the 28 studies here:

These authors used pulsed 2 – 2.8 mT magnetic fields for 72 hours, which is about 50 times as strong as the Earth’s magnetic field. Even at such high exposure levels, they wrote that “The effect of PEMFs could not be explained solely as a consequence of the increased Ca++ influx, so some other cellular targets had to be involved.”

The exposure level was 0.1 Tesla, which is 2,000 times as strong as the Earth’s magnetic field, for one hour.

The exposure level was 7 Gauss for six days. This is 15 times as strong as the Earth’s magnetic field. The authors noted that the cells had to be placed in acrylic rather than steel racks to prevent temperature increases from the powerful magnetic field.

The exposure was to a 50 Hz magnetic field at 300 microTesla, which is 10,000 times as strong as fields commonly found in homes. The authors reported that the magnetic field damaged, rather than stimulated, the VGCCs, so that calcium transport was prevented by the magnetic field. That is the opposite of Pall’s hypothesis.

EMFs promoted cell differentiation and this was prevented by calcium channel blockers. The cells were exposed to a 50 Hz magnetic field at 2 mT, which is 100,000 times as strong as fields commonly found in homes.

Neurogenesis was increased by EMFs and this was prevented by a calcium channel blocker. Again, the level of exposure was extremely high: 50 Hz magnetic field at 1 mT.

In this experiment, a static magnetic field of strength 10 to 70 mT for 15 to 30 minutes reduced edema, while higher strengths did not reduce edema. This is not only a very high exposure level but contradicts Pall’s hypothesis that EMFs act on VGCCs in a dose-related manner.

NMR caused apoptosis (cell death), and the effect was prevented by a calcium channel blocker. This provides some support for Pall’s hypothesis, but the levels of exposure were quite high: a static magnetic field  of 0.3 – 66 mT.

Static magnetic fields of 6 Gauss and higher (15 times stronger than the Earth’s field) prevented apoptosis (cell death). Fields of lower strength were without effect. It required one hour of exposure to have any effect.

EMFs lowered pain threshold. This was prevented by a calcium channel blocker. Exposure was to a 60 Hz magnetic field at 1.5 mT, again a very high exposure level.

Bone formation was stimulated by a 100 Hz magnetic field at a strength of 1.5 or 15 microAmps per square centimeter for 250 or 25 microseconds at a time for 5 days. Cell proliferation was increased during stimulation, but calcium deposition did not occur until 7 days after electrical stimulation.

Calcium transport across cell membranes has been shown in many studies to be enhanced by AC fields at particular frequencies, which have been hypothesized to be cyclotron resonances. This experiment showed that the VGCCs did not show any resonant behavior in the frequency range studied, indicating that the VGCCs are not involved in this phenomenon.

Exposure was to 50 Hz, 50 microTesla, for 30 minutes. Calcium influx caused by the magnetic fields was not completely blocked by calcium channel blockers, leading the investigators to suspect a direct effect on mitochondrial processes.

Exposure was to 50 Hz electric fields. Increased calcium transport into cells was proven not to be due to stimulation of the calcium channels, but rather to an increase in the number of calcium channels.

5 nanosecond, 5 MV/m (5 million volts per meter) electric pulses stimulated calcium influx. But calcium influx was not stimulated if the extracellular potassium concentration was reduced or the cells were in a sodium-free medium.

Reviewing the literature on EMF exposure, these authors state: “Changes in transmembrane voltages are probably responsible for the mobilization of intracellular calcium described in some previous studies but not confirmed in others.” They conclude that there must be more than one mechanism for the effects of EMFs. In their own experiments they found that 50 or 60 Hz altered the firing rate of rat sensory neurons while 900 MHz did not alter the rate. They found that at 50 Hz, a field intensity of 125 microT (3 times as strong as the Earth’s field) was the most effective power level.

Exposure was to radio frequency radiation at frequencies of 700 to 1100 MHz and SAR levels of 0.5 to 5 W/kg. 5 W/kg is a thermal level, causing heat. Spikes in intracellular calcium were dependent on frequency and not on power level, again failing to provide support for Pall’s hypothesis.

These authors theorize that detection of ultra-weak electric fields by sharks occurs via VGCCs. This is a theoretical model only and is not based on any actual experiments.

This is not a study on EMFs, but rather a study on the effect of light on the human eye. Light does not act on the eye or on any other part of the human body via voltage-gated calcium channels. See Banghart M, Light-activated ion channels for remote control of neuronal firing, Nat Neurosci, 2004 Dec; 7(12): 1381–1386 (“Neurons have ion channels that are directly gated by voltage, ligands and temperature but not by light).” Light-gated ion channels have been discovered only in some algae and bacteria, and none of them are calcium channels.

These authors investigated the effects of magnetic fields on the response of blood pressure and heart rate to certain drugs. They found that an artificial magnetic field had the opposite effect from the natural geomagnetic field, and that calcium channel blockers blocked both effects.

Exposure was to 200 ms pulses of square wave DC electric fields. The minimum effective field strength was 0.0001 V/m. This is the only one of the 28 studies that was done at the kinds of minute exposure levels consistent with Pall’s hypothesis. However, even this study does not provide complete support for the hypothesis that calcium channels are the main locus for EMF effects in animals, because the electric field effects on neutrophils in this study were blocked not only by calcium channel blockers but also by potassium channel blockers.

This is a study of gene induction and gene suppression by electric fields. Exposure was to 60 Hz at 20 mV/cm (= 2 V/m), which is not tiny, for 1 or 6 hours. Calcium channel blockers prevented the effects, providing some support for Pall’s hypothesis.

The author wrote: “The Ca/CaM-dependent NO cascade is an important and early response to physical, chemical or thermal injury.” In other words, nitric oxide release from cells is a response to injury. EMFs (27.12 MHz, 31-51 V/m, pulse modulated at 2 Hz) caused nitric oxide release in this study, which was blocked by a calcium channel blocker. All this proves is that EMFs at very high levels of exposure cause injury. It does not tell us the nature or the mechanism of the injury. Thermal injury causes the same nitric oxide release and is blocked by the same calcium channel blocker, but we do not conclude that the VGCC is the mechanism of thermal injury, it is only part of the response to the injury.

Takieh’s paper is based on a computer simulation and is not a result of any actual experiments.