On Dec. 7th, 2017, International Commission on Non-Ionizing Radiation Protection (ICNIRP), has published a ‘Note on the Revision of the High-Frequency Portion of the ICNIRP 1998 EMF Guidelines’. 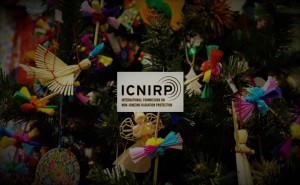 Revision of the guidelines has been long awaited because the current guidelines are very old. As stated in ICNIRP’s note:

“…current guidelines for the high-frequency (100 kHz – 300 GHz) portion of the electromagnetic spectrum were published in 1998. Given the large body of relevant research that has been generated since those 1998 guidelines, ICNIRP is now revising the guidelines to incorporate this literature…”

The ICNIRP’s Note ends with information that the draft of the revised guidelines will be open for public consultation because ICNIRP is keen to obtain feedback:

This could sound very promising, ICNIRP opening guidelines for public consultation before finalization of the document, but the mid-part of the ICNIRP’s Note suggests that the optimism might be baseless.

ICNIRP has already decided what the final guidelines will say [emphasis added DL]:

There is, of course also a calming-down assurance that:

“…if ICNIRP should discover aspects of the 1998 guidelines that are not sufficiently protective during the remainder of the high-frequency guidelines revision process, ICNIRP will immediately publish interim amendments that would remain in force until the revised guidelines are published…”

However, since the ICNIRP documents must be already approaching completion, assuming that indeed consultation will start in mid-2018, the scientific review of the literature must be already in such stage that the de novo discovery of something extraordinary is unlikely. Therefore, this ICNIRP’s calming-down assurance seems to be just an empty worded calming-down assurance.

The announced ICNIRP’s mid-2018 consultation might (will?) be just a PR stunt. After the consultation, ICNIRP will be able to say that we, the users, had our say and the new revised guidelines were made not just by an “elitist club” of ICNIRP members but also by the general public.

The decisions about the continuous protectiveness of the old 1998 guidelines have been already made. ICNIRP considers that the introduction of additional new exposures caused by the 5G (millimeter-waves) and Internet-of-Things (IoT) are of no significant importance. As engineers say: “these new exposures will be harmless to health because of their low energy”. No thermal effects whatsoever. Non-thermal effects do not exist by ICNIRP “scientific standards”.

Non-thermal effects, on the contrary to the scientific evidence, do not exist in ICNIRP’s vocabulary.

In the end, the much awaited and heralded revision of the exposure guidelines will be just the bulking-up of the 1998 guidelines by adding a long list of references to research published after 1998.

New research. New findings. New potential risks and ‘red flags’. However, nothing new to expect in the ICNIRP’s guidelines.

This is like an early Christmas gift to telecoms industry. ICNIRP‘s ‘jumping the gun’ and letting know telecoms that no worries, no changes to guidelines. Telecoms do not need to worry what the revised ICNIRP guidelines will look like. Business will remain as usual.

ICNIRP’s public consultation is just a populist gimmick designed to improve the “image” of ICNIRP.

6 thoughts on “ICNIRP ‘Jumps the Gun’: The Early Christmas Gift for Telecoms”