Dr. Gaudin responded to my inquiry about the quote he posted on LinkedIn and here is his response:

“The quote posted on my LinkedIn account is a verbatim quote from WHO Director-General Dr Tedros, in his opening address.

To put it in context, he was referring to tobacco, poor nutritional behavior and physical inactivity of children who spend hours watching screens when “they should be playing outside”. So I would interpret this with caution, rather on the psycho-social level, rather than  a radiation concern. “

This image and quote were posted yesterday on LinkedIn by Nicolas Gaudin, Head of the IARC Communications Group in Lyon, France (red-bold emphasis added by DL).

…and here is the original post by Nicolas Gaudin on LinkedIn: 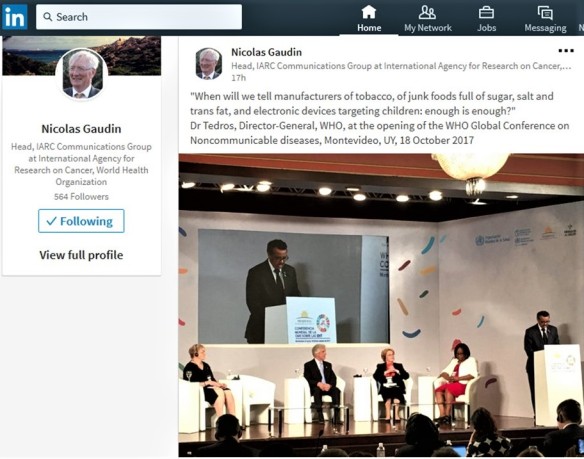